Week one of my first freelance project in another language is over... and thank God it is!

I started the week super excited, ready to write down all the new words that I'd come across and handle each new day and challenge head on. 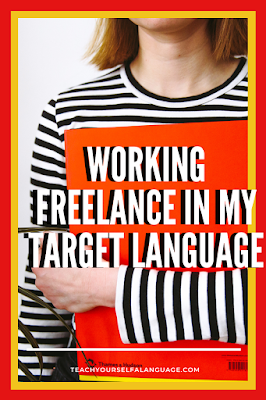 At the end of my first day on the job, I took the time to create a beautiful automated Google sheet to study and test myself, using all the words I'd translated in Google that day. I figured I would continue adding to it in the coming weeks and review it periodically.

... But I was pretty ambitious to think I would hold the same gung-ho attitude all week, even after challenging days and working long hours.

The truth is, I ran out of steam pretty quickly.

The job description: read long documents of Dutch text and correspond with three different people who were each changing the text in their own ways, to add their research and modifications. After reading and reviewing their changes, I then had to leave comments about what needed work, send it back for edits, review it again when they were finished, and continue on until it was near perfect.

Studying Dutch for just a year and a half now, I knew this project would be a stretch for me, but I didn't expect to feel defeated, confused and just want to quit. Having first assumed the work could be done in English, I responded that I could also do it in Dutch when my contact told me that he and his associates had decided that would be best. I have worked with this company before and I know what kind of content they're after, but I let them know that it probably wouldn't be grammatically correct or as polished in another language. I needed the job and I was eager to be given the opportunity, since I try to be fearless in my language studies and push myself to do things that are outside my range of capabilities.

I do this because my ultimate goal is to get paid to learn. And this was, in my mind, a great way to do that.

I have to say, after the first week, I don't know if I learned as much as I thought I would. This is mostly because the deadlines were extremely tight and I was already at a disadvantage from the rest of the team by working in a language not native to me. I am far enough along in my studies to be able to digest a good portion of what I read, but like Cian from DiGlot told me a couple weeks ago, you have to understand 90% of the words on the page to fully comprehend. And even after I had seen new words a few times and they had become familiar to me, I still couldn't produce all of them from memory when the document wasn't in front of me, much less use them to communicate complex ideas to another individual during an organic conversation. 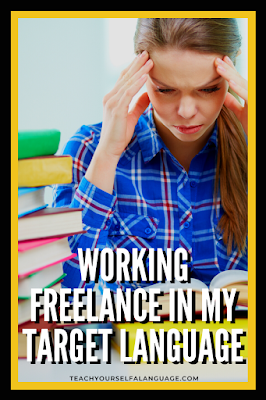 So with all the time this was taking me, I didn't have the extra time or energy to study alongside it. My retention was way down because I was just trying to survive. One of the days I ended up working 15 hours straight, because I also had other freelance work to catch up on in the meantime. I ended up using Google translate a lot, and it saved my life. And toward the end of the week, I was getting so burnt out and so in a hurry to finish (the first few days hadn't been very productive), that I just started corresponding with the other collaborators in English in an effort to get it over with. This is when I started to get the most work done, and feel the best about my performance.

Looking back, I was too worried about doing everything in Dutch instead of just doing what I could in Dutch. This was on me, since the project manager had told me that English would probably be fine for most of the writers, but I wanted to "make the most of the opportunity" and try to push myself. Because of that, I was behind on my deadlines. I should've worried more about digesting what I was reading in Dutch and getting a firmer grip on all the new vocabulary than also having to return comments and do all the correspondence in Dutch, because that was just too much for me to handle.

Either way, that part is over now, and this next week I'll be doing something that should be way easier for me: translating the text from Dutch to English. Since I know what the texts contain and I've already seen an English version of the original, unmodified texts, this next part of the project should be less strenuous. Going forward, I'm going to try to take it slower, and not bite off more than I can chew. I'll keep you updated on how it's going! 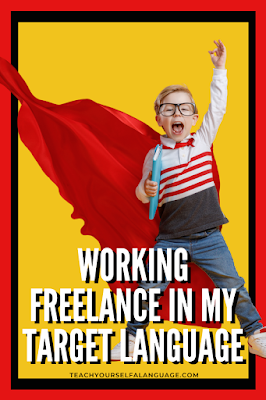 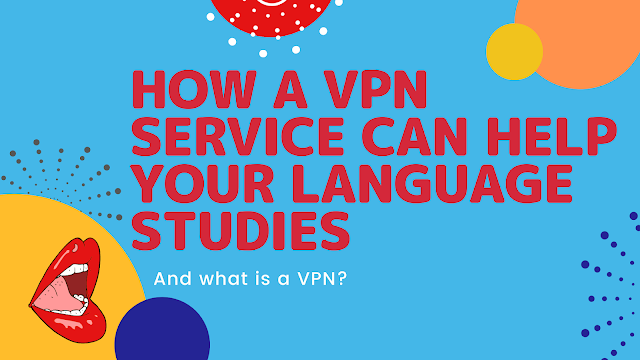 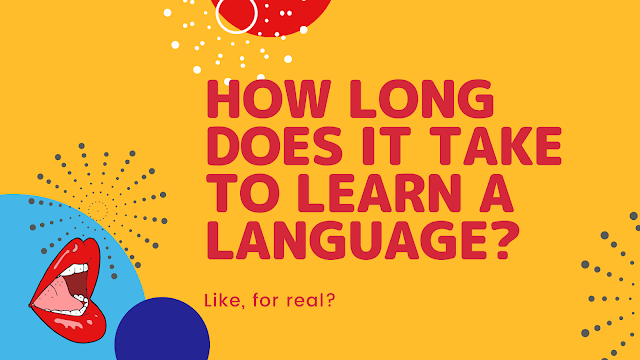 Expats: Getting Locals to Speak to You in Your Target Language 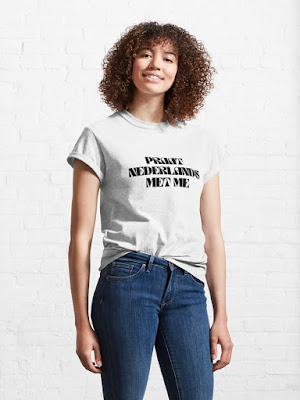 A year or more ago, I was at a Christmas fair in the Netherlands and I passed a booth ran by a Language School. They were giving away buttons that said "Speak Dutch to Me" (in Dutch of course). I thought this was just brilliant!  One of the most aggravating things about learning a language in a foreign country where everyone speaks English is that when you are trying to order your food or perform another transaction in your target language, many of them hear your accent and ask if it's easier to switch to English. I found that at least half the time during my first 6 months in the Netherlands, that was the case.  Most natives switch to English because they want to practice their  foreign language, too. Either that or they just want to help. But what if switching to English doesn't help? What if you want  them to carry on and let you struggle a little bit until both of you come to an understanding?  You can wear the button around, or you can wear one of these shirts or
Read more 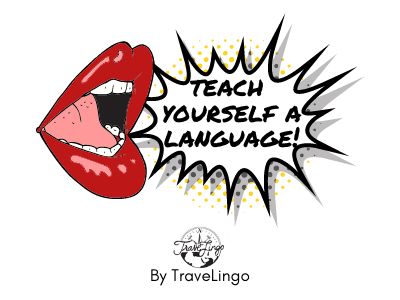